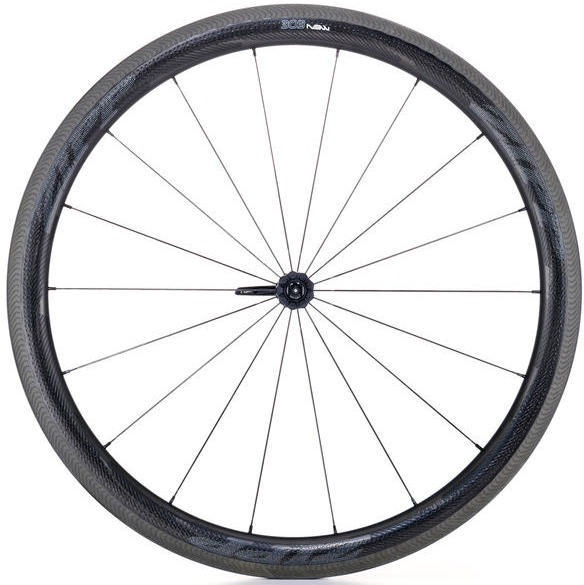 This item is currently not available.

Built on the foundation laid by Firecrest, offering unrivaled crosswind stability and the most aerodynamically efficient rim design on the market, the 303 NSW takes it all to the next level. Like its siblings, 404 NSW and 808 NSW, Zipp's top engineers in The Nest advanced development lab incorporated improved aerodynamics, industry leading braking performance, and reduced rolling friction to produce the lightest, highest-performance 303 wheelset Zipp has ever made.

Light enough to fly up climbs, tough enough to excel in the cobbled classics, and with the industry's best available braking performance for the most technical descents, the 45mm deep 303 NSW is built for a singular purpose: To be fast, everywhere.

But the 303 NSW is no "race day only" wheelset to be tucked away in a wheel bag until a race number is pinned to the rider's jersey. It's built to take the abuse of everyday training rides. Zipp has achieved this reliability at a lighter weight with a revised carbon fiber layup developed through testing on the famed cobbles of the Forest of Arenberg with the world's fastest riders.

Because the toughest roads often experience the toughest weather conditions, they've included Zipp's Showstopper brake track for braking performance that delivers the best modulation and shortest stopping distances in wet and dry conditions. And they've improved aerodynamics with their ABLC Sawtooth technology and Impress graphics to produce a rim that is as fast as it is stealthy.

At the center of the 303 NSW wheelset is the Cognition hubset. Built to provide the lowest rolling friction possible without compromising sealing, the hub's Swiss-made bearings work in tandem with Zipp's Axial Clutch technology to dramatically cut rolling friction when compared with conventional freehub systems. Bottom line: Cognition hubs make the 303 NSW fast, even when you aren't pedaling.

All of these technologies combine to build a wheelset that only NSW technology can produce, a wheelset with unrivaled performance. Wherever the road may take you, get there faster on Zipp 303 NSW wheels.

* Subject to change without notice.

Write us a Review